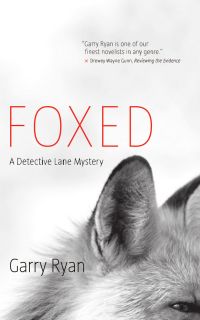 "After a long series of professional and personal upheavals, Detective Lane begins his latest adventure happy, at peace, and enjoying life with his partner Arthur, their children Christine and Matt, and his able new partner, RCMP officer Keely Saliba.

But when the body of a young boy is unearthed ten years after he was reported missing, Lane’s investigation into the crime puts him in conflict with a powerful and charismatic Calgary real estate developer and restaurateur—a cunning sociopath whose desire to suppress any threat to his empire will endanger the safety of Lane’s own family.The sixth book in Garry Ryan’s award-winning and Calgary Herald bestselling series of Detective Lane mysteries pits Lane against his most dangerous antagonist yet."

Garry Ryan was born and raised in Calgary, Alberta. He received a B.Ed. and a diploma in Educational Psychology from the University of Calgary, and taught English and creative writing to junior high and high school students until he retired in 2009. That same year, Ryan received the Calgary Freedom of Expression Award in recognition of his outstanding contributions to the local arts community.