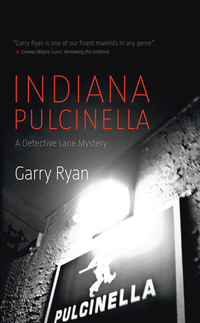 After saving the Calgary Stampede from a potential terror attack in Glycerine, Detectives Lane and Li find themselves on the hunt yet again, this time following a pair of gruesome killers whose perfectly composed crime scenes match those of an inmate put away by Calgary Police years earlier. As more people come into the line of fire, Lane must team up with some unlikely new allies in order to crack the case.

Meanwhile, with the birth of a new nephew, the happily chaotic Lane household must deal with the taciturn detective’s estranged, fundamentalist family and their efforts to interfere in raising the child.

Garry Ryan was born and raised in Calgary, Alberta. He received a B.Ed. and a diploma in Educational Psychology from the University of Calgary, and taught English and creative writing to junior high and high school students until he retired in 2009. That same year, Ryan received the Calgary Freedom of Expression Award in recognition of his outstanding contributions to the local arts community.